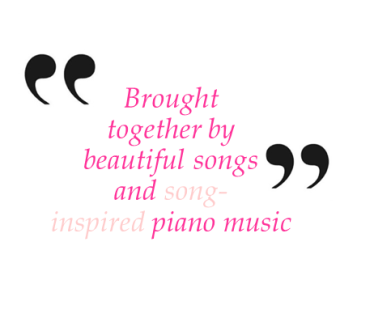 The Classical Group was founded in 2016 aims to create original concert programs that enable people to be inspired by the music as well as the poetry and the stories, to be spurred to discover and rediscover works of exceptional musical qualities, and is especially focused on songful music and especially song-inspired pianism.  Its concert activities are mostly focused on Hong Kong and the United Kingdom, with its founder Dr Sylvia Chan having grown up in Hong Kong and the United Kingdom a prize-winning pianist, soprano and chamber musician and drawn to a “return” to the performing stage after spending more than 15 years away from it building a corporate and investment career.

The group has a small vocal ensemble named Classical Singers that operates under the motto “brought together by beautiful music”, which had a successful first performance at St John’s Cathedral in Hong Kong in the summer of 2016, operating as an 8-part, mixed-voice ensemble and presenting works by Mozart, Saint-Saëns, Fauré and Brahms, also giving the Hong Kong first performance of an 8-part a cappella piece by Ēriks Ešenvalds, “Only in sleep”.  In 2017, the group was invited to perform at a concert at the Academy of Performing Arts appearing with artists including Warren Lee, Caleb Woo and Tanya Bannister.

Launching its “Reach for the stars” series in 2019 at Trinity College, Cambridge, UK, the group collaborated with pianist Olga Stezhko and astrophysicist Professor Jocelyn Bell Burnell in a programme that revolved around stars, and earlier hosted a series of concerts in its “Hear the song in the music” series with pianists Balázs Szokolay and Mary Wu, that explored the inspiration songs (Lieder, melodies, arias, mixed-voice choral works, chorales, and others) have provided to composers of piano music.

In 2022, the group re-started live performing with the “Give me a song” series that focuses on presenting composers’ most personal and representative pieces (their “song[s]”), and its “Songs and sonnets of travellers: Chopin, Viardot, Liszt” concert, focusing on the music as well as the connections between this trio of composers and including the Asian first performance of two works by Pauline Viardot, was recently presented by the “3 song-inspired pianists” with Sylvia joined by pianists Warren Lee and Yoonie Han.

We think of our name “classical” as things that represent exemplary standards.  Overall, our name reflects the value of discovering and rediscovering music of exceptional quality and performing them with exemplary musicality, intelligence and freshness, and a sheer joy in the music-making.

We are registered and classified as a “charitable institution” and is tax exempt under s.88 of the Inland Revenue Ordinance of Hong Kong.